We will use the database, whose schema and data import commands are given here: 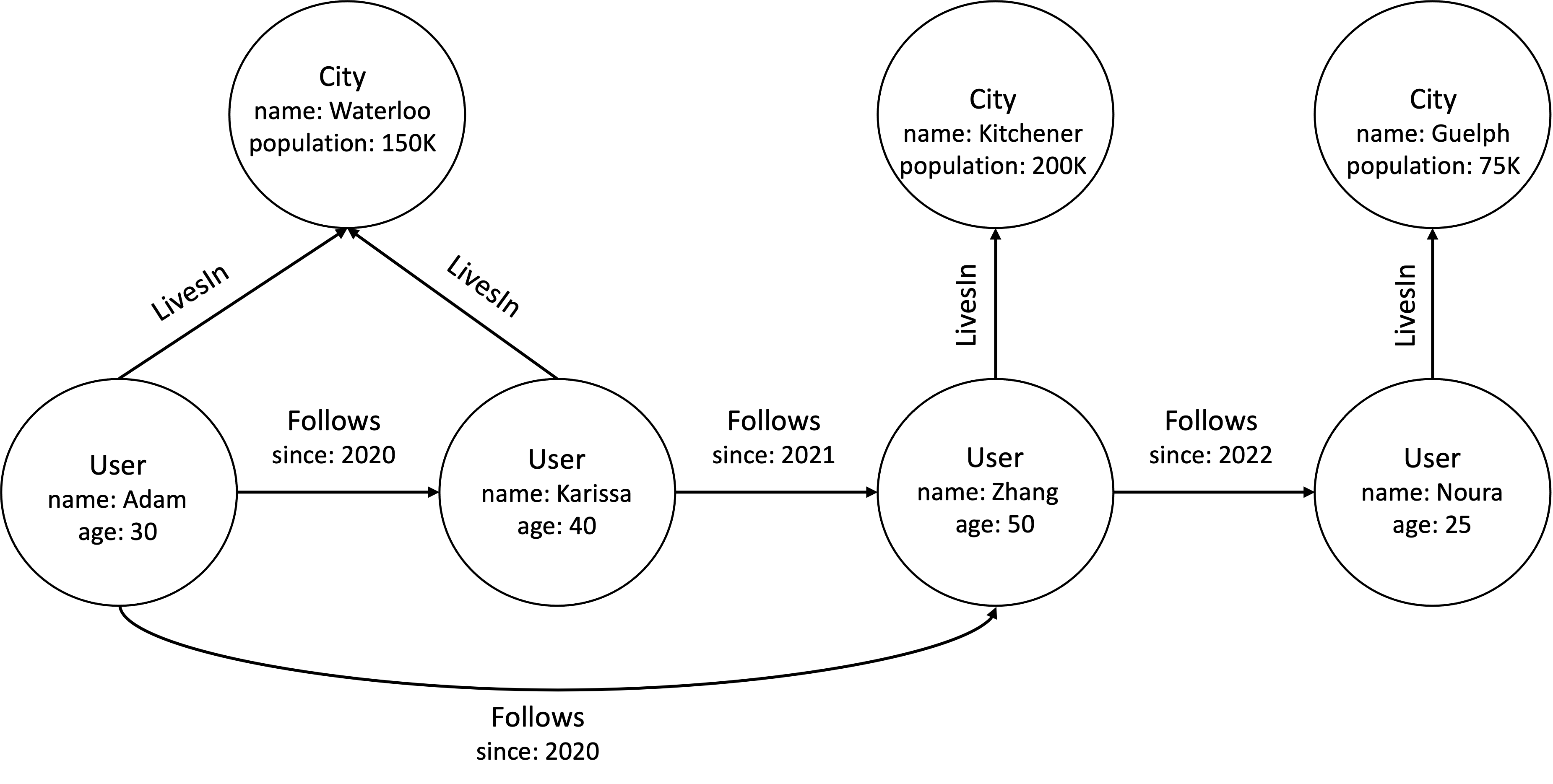 You can import this database by copy pasting the comands on that page.

Note: When using the CLI, please modify any multi-line query in the documenation to be in a single line.

CREATE is similar to the INSERT clause of SQL and lets you insert records into your node and relationahip tables. We desribe the generic semantics of the CREATE clause momentarily below. We first start with some simple examples.

If you queried the database now for a User node with name Alice, you would get the above tuple:

Any node property which is not specified will be set to NULL. For example the following query will set the age property the inserted node reord to NULL. Note that for node records, the primary key property, in our example “name” has to be non-NULL.

Similar to inserting node records, any relationship property which is not specified in the query will be set to NULL.

The general semantics of CREATE is as follows. You can specify an arbitrary graph pattern P after the CREATE clause. Then for each tuple t that was produced before the CREATE statement, each node n and relationship r that is not bound by t is inserted as a new node and relationship. For example the following query adds a Follows relationship with since=2022 from User node Zhang to every other User node (including from “Zhang” to “Zhang”) in the database: